(Apologies to Jenny Holzer, of course.)

The stress of the job market has me feeling extra-acquisitive, as witness my latest impulse purchases:

But that’s not enough, oh no. I want still more, because when I’m trying to relax I tend to immerse myself in the online beautysphere, and I have the bad habit of using Google to hunt down my Platonic ideals of color, formula, and finish. In a perfect world, I’d spend that time experimenting with new techniques using the products I already have, but this is far from a perfect world. I’m hoping that writing out my wishlist in a blog post will be just as cathartic as actually buying the stuff. If not, well, I just got my September paycheck.

This is one of those dangerous Platonic ideals. I’ve spent a lot of time putting off my actual responsibilities by scouring the Internet for the epitome of cherry-red gorgeousness. Basically, I want a non-matte lipstick redder than Revlon Cherries in the Snow but pinker than Maybelline On Fire Red, which looks like this on me:

The most promising candidate I’ve found is Bésame American Beauty, a reproduction of a shade from 1945. It looks very pink in this photo, but redder in the swatches I’ve seen online. My only reservation is that I’ve never tried the Bésame formula and I don’t think Sephora sells Bésame in its physical stores, just online. And I really don’t like ordering makeup blind, no matter how many rave reviews it’s received. Thoughts? 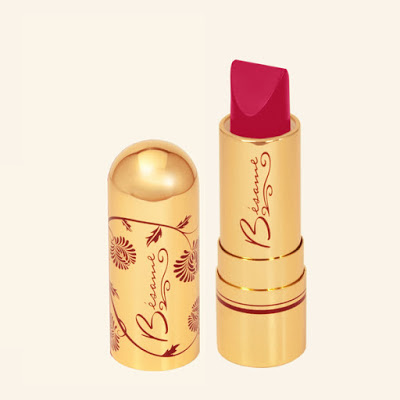 Of course, there are a few other candidates. Urban Decay Revolution Lipstick in 69 comes in a formula I know I like, though I do wonder whether the flat, wide bullet will make it hard to apply such a bold color precisely. And I don’t want to be in the unfortunate situation of answering “Ooh, what lipstick is that?” with “Oh, yeah, it’s called 69.” Especially if it’s my mom asking the question.

My third candidate is Bite Luminous Creme lipstick in Pomegranate, though my one Bite lipstick (a custom purple in the “matte,” i.e. totally non-matte, formula) fades very quickly and sinks into my lip lines. Pomegranate also comes in the High Pigment Pencil formula, which seems longer-lasting, but that version of Pomegranate looks darker. 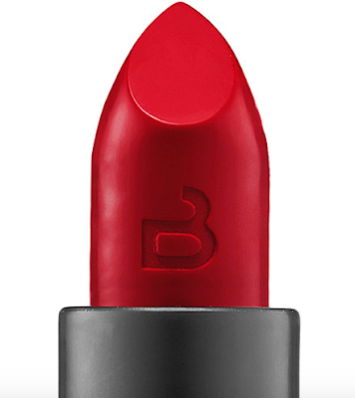 Finally, there’s NARS Satin Lip Pencil in Luxembourg. When the Satin Lip Pencils came out two and a half years ago (!), Luxembourg was the first one that caught my eye. I just don’t like having to sharpen my lip products, though. It makes me grumpy and resentful to waste so much product.

Any others you’d recommend?

Browsing Topshop’s lip offerings the other day, I came upon this intriguing purple-gray-brown color in Topshop’s “matte” (i.e. satin) formula. I wish this color came in the Matte Lip Bullet formula, because I wasn’t impressed with the lasting power of Rio Rio, but at least a neutral color will look less gruesome as it fades. 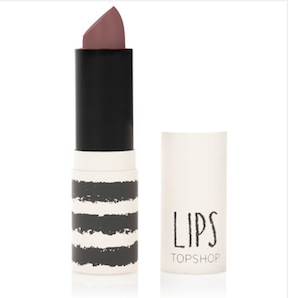 I think I’m so attracted to Boardroom (which I’d never wear in an actual boardroom, ironically) because I have a hunch that it’s the lipstick version of one of my favorite fall/winter nail polishes, Zoya Normani:

Deep warm rosy plummy brown. Can you tell I’m going through a brown-lips phase this fall? Never mind that the NARS semi-matte formula has dried out my lips in the past; my stress-induced delusion assures me that this lipstick won’t fail me. Help me help myself, guys.

I know far more about lipstick than I do about any other beauty product, so I’d welcome suggestions on all of these!

After several years of struggling to create a decent cat eye with Maybelline Line Stiletto, I’ve come to the conclusion that my clumsiness is less to blame than the watery, smeary, flaky Maybelline formula. Of course, there’s also my extra eyelid fold, which prevents any uptilted wing from getting longer than a millimeter or two: 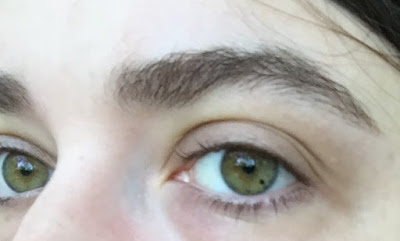 But I still think my cat-eye game could be vastly improved with a better liner. The one I’m leaning toward is Kat Von D’s Tattoo Liner, recommended to me by an Instagrammer with impeccable cat eyes. Part of me wants to patronize a brand owned by someone who’s slightly less of an asshole, but another part of me concedes that there are assholes and asshole behaviors at every level of capitalism.

Not a beauty product, but there’s some overlap between exercise and beauty, so whatever. I’ve been using a cheap-ass mat from Target for almost two years, and it’s actually starting to disintegrate: after my last practice, my entire body was covered with little bits of plastic. I want a mat that doesn’t do this. I hope that’s not too much to ask.

My current sunscreen, Eucerin’s SPF 30 moisturizer, works when the outdoor temperature is below 70° and the humidity is below 70%, i.e. pretty much never. At all other times, I sweat it off minutes after stepping outside. It never quite absorbs into my skin, and it almost seems to be making me sweat more (granted, I’m a sweaty person in general). I need something lighter and longer-lasting, for sure. Thoughts? I’m not even going to insist on cruelty-free brands here, I’m so desperate. I’ve heard good things about Shiseido’s Urban Environment sunscreen, but it’s a little pricey.

After two years of scrubbing myself in a shower stall so tiny I could barely move my arms, I’m living in an apartment with a bathtub, and I’d like to start turning my bathwater glittery magenta as soon as possible kthx. My favorite Lush bath bombs, Spacegirl and Phoenix Rising, have been discontinued, but how cute is the new Sparkly Pumpkin bath melt? I can’t believe Lush missed the opportunity to make it smell like pumpkin, though. A pumpkin-shaped, citrus-scented bath melt is a recipe for cognitive dissonance.

I also want to try Haus of Gloi’s Butterbombs (unlike Lush, HoG has come through for me with a pumpkin-scented one!), but they’re sold out right now.

And this isn’t even counting the less interesting things I actually need, like a black blazer, a pair of blue jeans, and two bras. I keep putting off those purchases and focusing on makeup and skincare instead, because clothes are expensive and lipstick has never made me cry in a dressing room, you know? Lipstick is so nice that way.

15 thoughts on “Protect Me from What I Want: Lipstick and Non-Lipstick Wishlists, Fall 2015”